After spending a couple of days in Bozeman, I drove back up to Big Sky for a few more days of skiing. The drive through the canyon is beautiful, but I can also see why it’s dangerous. A fast “speed limit,” sharp corners, narrow roads, blind turns, icy spots, and of course wildlife. I saw some big horn sheep on my way down into town, they didn’t seem to mind me driving by, but I also was aware that they could be around any corner.

I got back up to Big Sky and I knew I hadn’t spent any time over towards Andesite or Shedhorn so I headed over that way. As I mentioned in my last post, Big Sky is huge, and I wanted to see what else the mountain had to offer. It was a beautiful bluebird day, perfect for cruising around the groomed runs and finding my way around the rest of the mountain. On a clear day like this, the Shedhorn lift gives you a stunning view of the South face of Lone Peak. It was beautiful. It offered another perspective of some of the other ski routes available from the tram. They looked really nice so I planned on taking another trip up there before the end of the week. 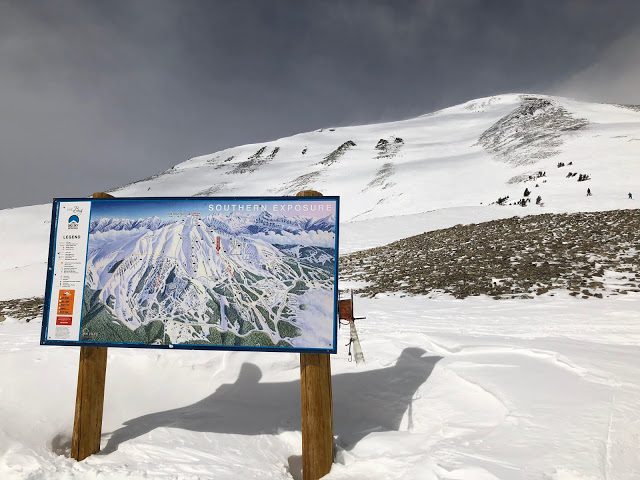 The following morning was that day. I had already skied the north side, so I wanted to ski the lines I had scoped out the day before on the south side of the peak. I was waiting until the tram lines looked reasonable, and the following morning was one of those times. On my way up the “Powder Seeker” lift I spoke with one of the locals and understood why. It was cloudy and the light was pretty flat, visibility was poor, he said that most visitors avoid the tram on those days, but you can skip the lines if you don’t mind the weather. He also told me that KT Tunstall would be playing a benefit concert for “Protect Our Winters” (POW) that evening, sounded like a fun way to send the evening. 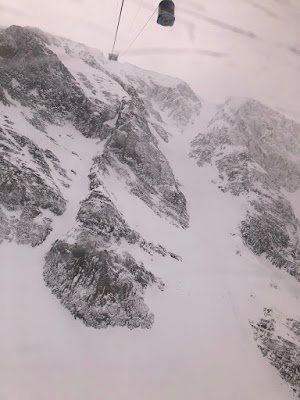 I jumped on the tram and I was psyched, I was at the front with an amazing view of the “Big Couloir.” Having skied the North Snowfields a couple of days before, I really really wanted to also ski this famous line, but with the lack of visibility and given how steep it is, I wasn’t up for it. Oh well, I’ll save it for my next visit there.

The wind at the top was brutal. I saw a sign warning about self arrest falling on hard snow. I knew how dangerous a fall could be. Wind was brutal, conditions were hazardous, and falls on this steep stuff could not happen. There was a small group heading towards the south face, so I also headed that way and skied down “Liberty Bowl.”
I made my way back over to “Shedhorn” I decided to stay towards the lower part of the mountain where visibility was better.

I skied until last chair then went into Montana Jack bar for the Protect Our Winters (POW) benefit concert I’d heard about earlier. I’m a POW supporter, and I’ve even had the opportunity to volunteer with them in the past. KT has some pretty popular songs that just about everyone has heard, but she even joked how not many people actually “knew who she was” I got the joke as I remembered almost all of the songs she played from TV shows, but I wouldn’t have noticed her as a celebrity. 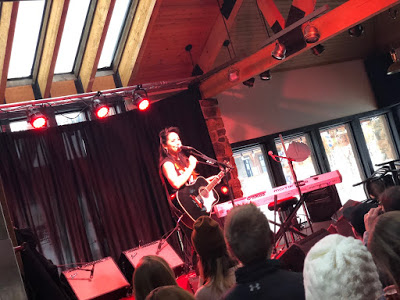 She also told a funny story about when she moved to California, she was walking around Santa Monica and noticed an Irish pub where she could hear her song being played by a cover band. The guitarist started a solo in the middle of the song. She was happy to hear her song playing as a cover, but went up to the window a gestured to him “what are you doing?” He looked back at her with a look like “what are you talking about, and who the heck are you?” I found it amusing, although, if I was a celebrity, I’d like this kind of celebrity where everyone knows my work, but nobody knows my face. I obviously can’t speak to it, but it seems like this would offer some kind of freedom, perhaps from paparazzi, etc.

I knew I only had one more day of skiing here and was still torn on where I’d go next. My initial plan was Canada, but there was a storm forecast just 6 hours south in Utah. The resorts were expecting 24”+ in 24 hours. Utah powder, and more than 2 feet of snow, hmmm. I could always come back north, right? Yes, head south. 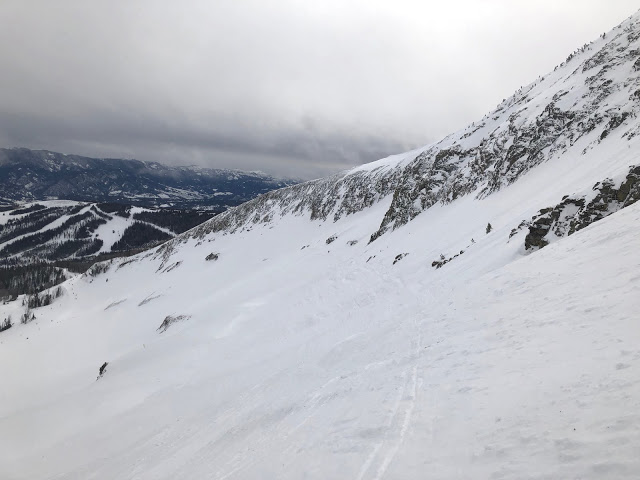 The following morning I did a bit of skiing off of the “Powder Seeker” chair again, and got a “Ski Patrol Mocha” at the Black kettle soup shack. I’d recommend stopping in there, as well as the Black Kettle Burrito stand at the top of the bowl. Both are delicious and have spectacular views. 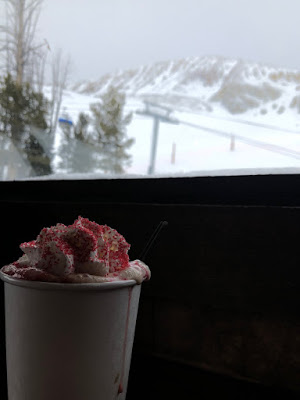 I loved visiting Big Sky, but it was time for me to go. Next stop, Salt Lake City, UT.