After spending some time in Utah, I reached out to my sister who somewhat recently moved to California. I wanted to visit her for a couple of days, and see what the skiing was like around Lake Tahoe. As I mentioned in a previous post, the M.A.X. Pass has limited options for skiing in California, but no matter where it is, it’s always good to go skiing.

I drove from Powder Mountain in Utah to Truckee, California. The drive across Northern Utah and Nevada was pretty long but it was beautiful.

When I arrived in Truckee walked around town, grabbed a beer at “Mellow Fellow” and got some much needed rest after the long drive. The following morning, I grabbed a coffee at “Dark Horse Coffee Roasters” and walked by the river. A beautiful crisp morning. 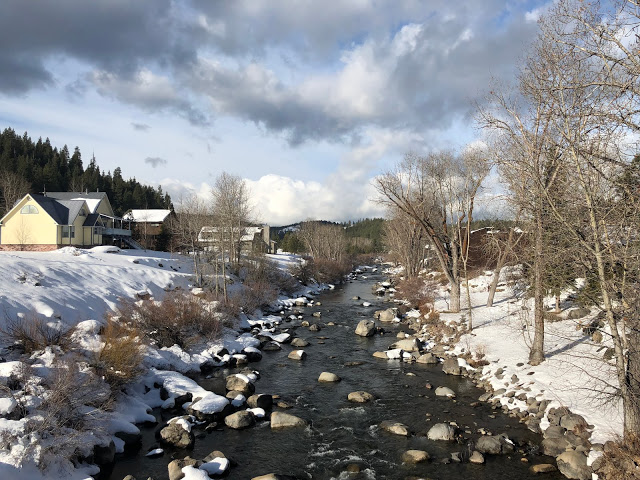 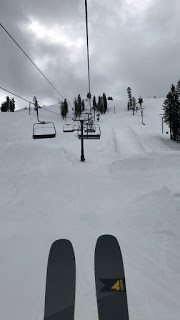 Along the way, the only ski area on the M.A.X. Pass was right off of I-80, Boreal. Compared to the other Tahoe resorts, this is a very small ski area, but fun. I spent a couple of hours on the slopes before heading to Sacramento then Sebastapol.

I stopped in Sacramento to visit some friends from work, well my prior work. They were promoted earlier in the year and moved out to California. We got lunch, and caught up in the afternoon before I continued on. The drive through Sonoma was beautiful. I was coasting through wine country as the sun was setting on a gorgeous evening.

That evening, my sister and I went to “Russian River Brewing Company.” A place famous for their “Pliny the Elder Double IPA.” This beer is so popular and hard to find that I’ve only ever come across it in the store once. My friends know this about me, and I’ll admit it, I’m also a bit of a beer snob, so don’t be surprised if I post more about some of my favorite breweries that I find along this trip. Their beer was delicious, not to mention the pizza.

The following morning I woke up early and walked outside. There was a thick fog over the vineyard, it was very quiet and beautiful. 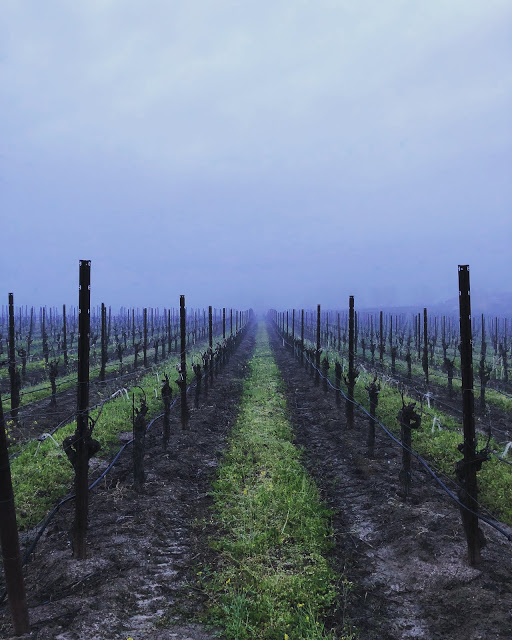 We had plans to go on some hikes that day, but we weren’t in a rush to get going. Our first stop was a bakery called “Wild Flour Bread” It was delicious. I’ve never had bread so fresh in my life. It was literally right out of the oven, delicious.

We continued down the road to the coast. I loved being back by the water, it was pretty cool to have skied the day before and be walking along sandy beach the following morning. It was also quite foggy by the water, my sister said that she’d not ever seen it like this and you could usually see for miles down the coast. The beaches in California are quite different from the east coast. Cold water, and stunning rock formations.

The rest of the afternoon was spent in Sebastapol. I’ll share more about where we else we visited and the rest of my tine in California in another post. There was a lot for one weekend, and I can’t wait to go back.